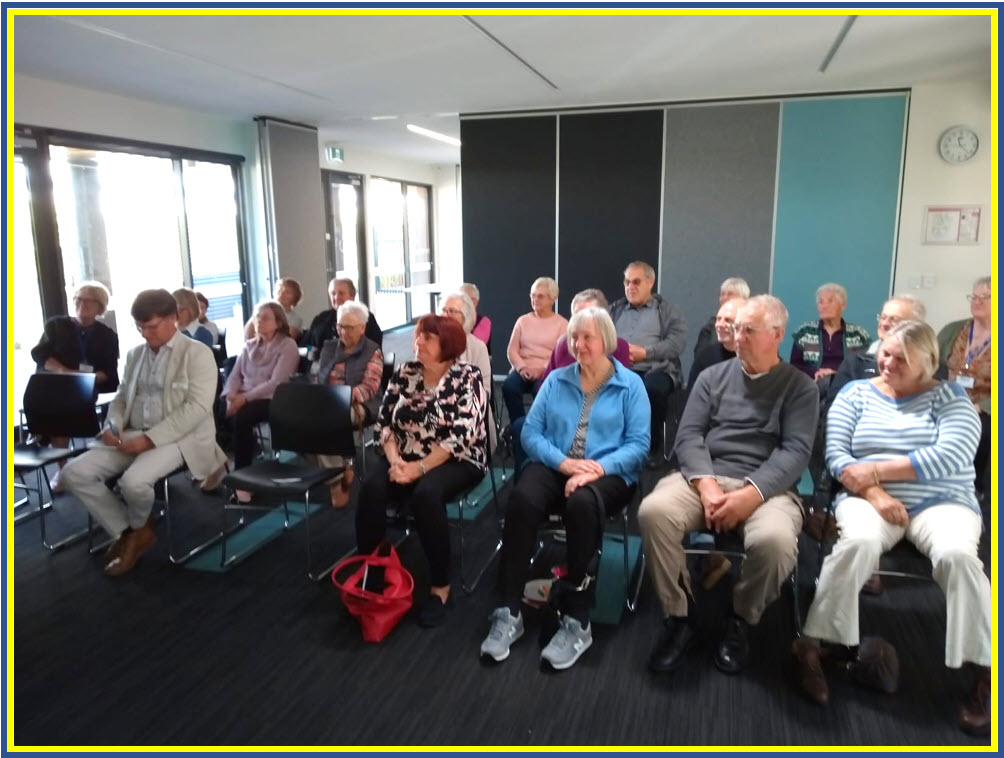 On Thursday 26 September, Councillor David Bell, from Surf Coast Shire Council, launched the U3A Surf Coast’s Be Connected for Seniors program at Kurrambee Myaring Community Centre before an audience of around forty people.

The event was preceded by morning tea and Toni McCormack, the ‘Be Connected’ coordinator and driving force behind the project, introduced U3A tutors John Stewart and Kevin James who summarised aspects of the program to be conducted over the next few weeks.

Kevin James outlined the proposed Be Connected for Seniors program which will offer 8 one-hour sessions each Monday in Term 4 at Torquay Community House. Each week one of the volunteer tutors will demonstrate an aspect of using the internet – including talks about being secure online, banking, shopping online, useful applications, emails, using a phone for more than calls, taking and sharing photos.

Cr Bell applauded the projects saying that “not only can the use of computers and tablets make life easier, but the challenge of learning new skills can be of great benefit as we get older. Maintaining relationships and avoiding isolation will improve brain health and emotional health for seniors.”

Immediately following the event a number of people immediately signed up for both the workshop and the eight-week course. [We still have some spaces available for these sessions.]

A study carried out in Edinburgh in 2017 found that acquiring skills in later life, including those related to adopting new technologies, has the potential to reduce or delay cognitive changes associated with ageing. (The American Journal of Geriatric Psychiatry, August 2017)