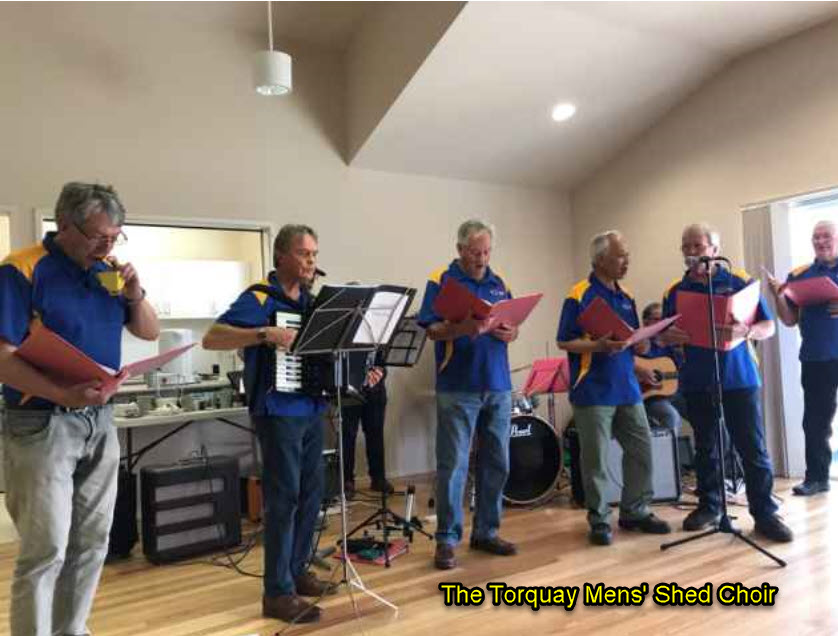 The final event for U3A SurfCoast for 2019 was celebrated on 6th December with the end-of-the-year function at Torquay Improvement Association.

Around seventy attended including U3A members as well as guests, including Surf Coast Mayor, Councillor Rose Hodge, Laura Connor, Coordinator of Torquay Community House, Jenny Trezise from Star of the Sea and Aileen Bruce and Eileen Coutts from Senior Citizens.

Marg Scott, who took the accompanying photos said:  “Another successful U3A function. Mens Shed Choir very talented with their popular old songs and variety of musical instruments and what a delicious afternoon tea.”